It’s been almost 20 years since the last Bill and Ted movie. No one really ever expected Keanu Reeves and

The Biggest Winners & Losers of Gaming in 2017

Some of the best games in recent years were released in 2017, likewise there were many flops and let downs

Crackdown 3 was recently delayed and delivered a big blow to the Xbox One exclusive library for 2017. In response

We know that the big Comic Con aka San Diego Comic Con has come and gone. With the passing of

Why The SNES Classic Isn’t Good For Nintendo Fans

With Ubisoft’s showcase happening not that long ago, we’ve all had a chance to digest everything that was thrown

With the ever growing market of all things entertainment, tech and gaming looks like LVLONE News is expanding so we’re

Anders Behring Breivik, has been been arrested, for being the suspect of killing of 93 innocent civilians in Norway last week. Anders wrote in his manifesto about his "training program" which included consisted of using Modern Warfare 2 for strategy, and World of Warcraft as an alibi for loaner behavior. Meaning being locked in your room for extended periods of time, and not answering any calls or messages. Not only has he killed people and forever ruined countless lives, now he has further bastardized the topic of video games leading to violence, and put it as a topic the media and government set their sights on. 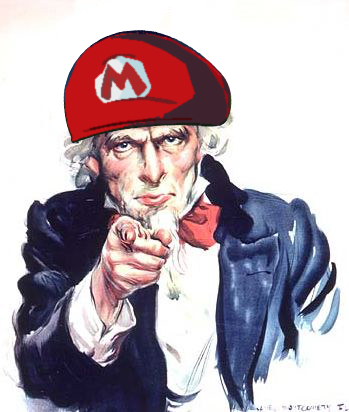 Now that E3 (Electronic Entertainment Expo) has ended last week and our team has recuperated from the event we want to get you! involved. Yes we attended E3 and saw some really cool shit but thats only the tip of the ice berg. Be apart video game site that's growing and plans to do big things in the future. Do you have a love for games? Have an opinion on certain topics, are you maybe good at certain tasks? Well we're looking for you, hell all of you!