A few years ago the Metroid series finished a three part adventure in the Metroid Prime trilogy, the game focused heavily on bringing classic Metroid gameplay to a 3D enviornment and brought Samus back into the mainstream. Now a different developer, Team Ninja looks to expand Samus's story and give players a new experience that brings old school Metroid gameplay together with her latest 3D adventure 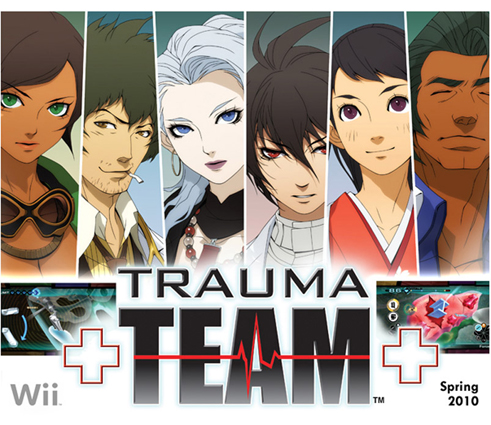 Trauma Team is the newest entry in the medical series from Atlus, originally started on the DS with Trauma Center the games have expanded to be solid titles for both Nintendo consoles. Now with Trauma Team the developers have added all new gameplay types to vary the experience the series is known for With some of the most intense action you will certainly get in awhile, see why this Wii fighter is one you just can't pass up on in our video review

No More Heroes 2 expands upon the original while pushing it's unique personality far beyond the usual limits for a game on the Wii or any console. By bringing intense gameplay, ridicules amounts of violence and a unique style No More Heroes 2 come together to make a great game

Review: Naruto Shippuden: Clash Of Ninja Revolution 3 – Naruto and friends all growned up and still fighting

Today's generation of games bring us closer at reliving the famous battles of the anime universe. Naruto Shippuden: CONR 3 for the Wii bring us one step closer to this goal, here's our review