Kieli Graphics are nice but give me story! >:O

I know this is a little late but here is my report from this year’s Otakon! 2013 marked the 20th anniversary and

Heroes of Cosplay finally debuted on Syfy. I’m sure there were a lot of fans, convention attendees and cosplayers just

Where there’s a fandom, there are cosplayers. Dressing up as your favorite character or even an object can be serious

With each new chapter of the Final Fantasy 13 saga, we have seen the characters go through a lot of changes. So have the designs of the characters' figures

One of the biggest fan favorites of the Tales series from Namco Bandai is getting a nice HD remastered version set for the PS3!

A trip to Anime Boston Part 1

It’s been a while but I’m finally back from my trip to Anime Boston! It was really fun. Despite the

E3 is coming but don’t forget about Otakon 2011

Over the course of one year, there are hundreds of conventions going on in all parts of the world and for different subject matters. Most are popularly known for anime and video games and there are some for genres like science fiction or even books. E3 will be the biggest talk of the town and for good reason however one special convention, which I will be covering this year, is Otakon 2011!

Tales of Graces F Finally Comes to the US! 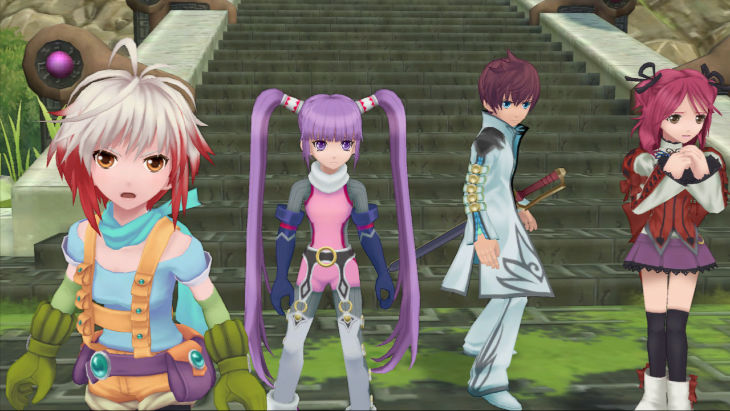 The game received great reviews in Japan on its Wii version and will be arriving to the US at the end of this year for the PS3. As you can see by the picture above, it has really beautiful art. But can you expect any less of a great story and really gorgeous art from a Tales game

That’s right, Perfect World Entertainment has already announced a new MMORPG to add to their already large repertoire. Check it out!

Final Fantasy fans of the New York area were finally able to rejoice this weekend of April 1, 2011. But luckily for us, it was no April Fool's Joke. For the first time ever, the Distant Worlds Philharmonic Orchestra has appeared in New York with Conductor Arnie Roth and the legendary Composer Nubuo Uematsu to perform the music of Final Fantasy. Over the course of two days, fans were able to listen and enjoy the enigmatic sound at the BAM Howard Gilman Opera House in Brooklyn, New York
123
Back to Top ↑