Immerse yourself in entertainment and games with Immersit

Immersion Gaming To The Next Level

What do you get when you mix a VR headset like the Oculus Rift and a omnidirectional treadmill like Virtuix?

Kickstarter: A blessing or a curse for gamers?

ickstarter has been a recent website that's been popping up more and more in the gaming community. With the success of Tim Schaffer's point and click adventure game project being funded in just a few hours or being posted, more and more game designers are looking for the same vein to strike gold from. Kickstarter is great for people trying to make the American dream happen, but what does it do for gamer who really want a game

Head honchos Tim Schafer and Ron Gilbert over at Double Fine are getting things Kickstarted on a new project. Read more inside! 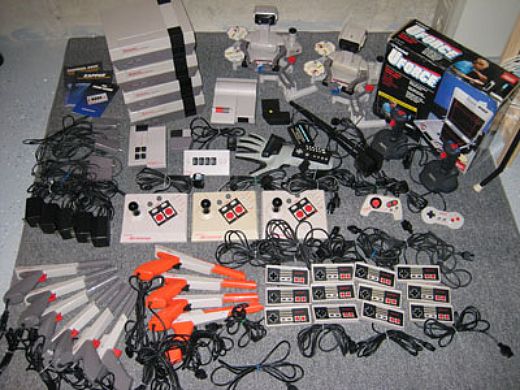 John Hardie, Sean Kelly, and Joe Santulli are probably names that you haven't heard of before in the gaming industry. Little did you know the three names actually have a fairly large roll in the industry though. Hardi, Kelly, and Santulli are actually 3 ordinary guys who took it upon themselves to document the history of video games and created the Video Game History Museum