Richard Sherman To Be On The Cover Of Madden NFL15

After a long month of online voting at ESPN and EA,  Madden NFL 15 has announced that Richard Sherman of

Madden 25 PS4/Xbox One Review: The Fight in the Dog

With any console transition the first batch of games tends to feel a bit on the rough side. Sports games

In what seems to be a move for a possible deal with another game maker, the NCAA decided to not

With the release of NCAA Basketball 2010, EA Sports shows us one thing; they always stick to a formula, even if that formula might not be the best one. Last year, 2K Sports stopped releasing their version of a college basketball game, leaving EA Sports uncontested in the field. Now, while this also happened in football and Madden 2010 was nothing short of phenomenal, I can't exactly say the same for NCAA Basketball 2010. Don't get me wrong, some improvements were made to the game compared to last year's, but not nearly enough for me to classify it as an elite sports title

In support of national breast cancer awareness month, an exclusive breast cancer awareness apparel package is now available at the EA SPORTS Complex within Sony’s PlayStation Home. This limited offer apparel package consists of male and female football jerseys which will be sold for $2.00 each. The jerseys will be available for purchase from October 15th through November 11th. The primary color of the jersey will be black with a pink number 9 on the front and the name “Brees” on the back panel. All proceeds from the purchase of these specially designed jerseys will go to New Orleans Saints quarterback Drew Brees’ charity, Brees Dream Foundation in support of breast cancer awareness

EA Parks NASCAR Franchise. For Now or For Good?

For the first time in over a decade, EA Sports will NOT be releasing a NASCAR game this year. According to EA Sports President Peter Moore, both sides agreed that there was no need for an annal release of the NASCAR series. NASCAR had also talked about not giving exclusive rights to EA after their contract expired 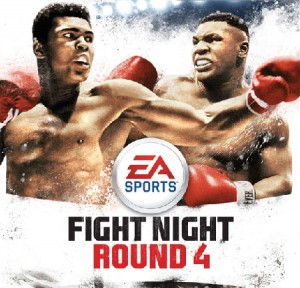