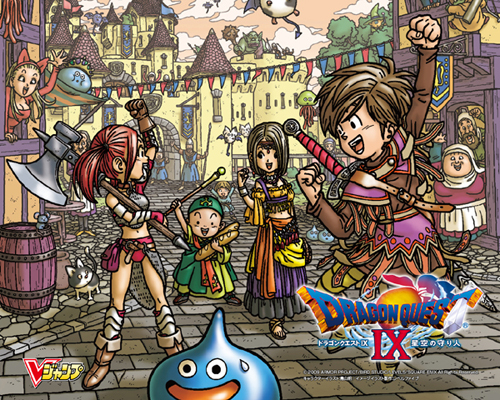 Dragon Quest IX is out! Character customizations out the wazoo, a intricate storyline, and multiplayer all balled up for the DS is just some of the things that's in store when you get this game. Read on to see what else is available in Dragon Quest

Games games and more games... to download that is, Nintendo releases another slew of games for DSi, and Wii

Dragon Ball: Origins 2 for the DS and a Demo for the Wii to be out later this month

Nintendo has released some new downloadable goodies for the Wii and DSi, so review, comment, and enjoy!

Nintendo downloadable content being released that wont break the bank!