Diablo 3 just got a huge update and it is available .. well now. One of the bigger features in 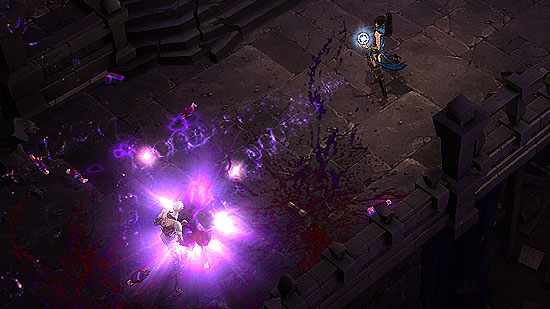 Blizzard may be interested in porting the eventually to be released Diablo 3 to consoles. PC gamers' may not have all the glory this year if this comes to fruition. What do you think

PvP to Be in Diablo 3

Blizzard is pulling out all the stops in Diablo 3, the franchise has been around for a long time and to this day many gamers are still playing Diablo 2. To keep Diablo 3 in its paces the Diablo team has threw in PvP Arena matches to the game. Each PvP arena will have different terrain and different forms of cover, and will have ranked team matches. Unfortunately in Blizzard fashion there's no set date for release, when it's done it's done as they say, and honestly who wants a broken game at release?

Blizzard announced today that Demon Hunter will be the final character class in Diablo 3. The Demon Hunter class seems to be a ranged attack class specializing in grouping and crowd control. Descriptions of their special abilities can be found after the jump

Finally new, news from Blizzard on Diablo 3! Blizzard has decided to give the game an Artisans. What do the Artisans do you ask? Click the link to find out