Probably the least expected and talked about sequel made an appearance today June 1st 2009 at Microsoft's E3 press conference: Crackdown 2 was shown in trailer form. For those of you you who missed the first game, its a sandbox game similar to Grand Theft Auto, only your a cop that can become supercharged allowing you to jump, run, and attack in a way that's closer to a super hero than an officer. Not too many details of the title are out yet, the trailer was not that of gameplay footage. We'll have the info of how the game will play soon... Read More → 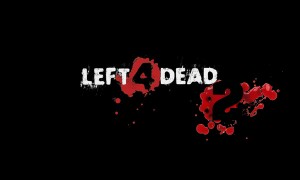 Left 4 Dead 2 was shown off at Microsoft's Press Conference, the video was only a trailer but the game is available to play at the show floor. The game this time takes place in the American south, Louisiana to be exact. The game's new feature will be melee weapons, an aspect that wasn't in the original. Where the original title had you just hit the undead with your gun, the squeal will allow players to wield chainsaws, bats, frying pans and a many other weapons. Interestingly enough the game also takes place during the daytime, the original took place completely at night. Value has mentioned the game will have a "deeper" level of cooperative gameplay, stay tuned as we learn more... Read More →


A new batch of images and videos on DJ Hero has surfaced online. As suspected the gameplay of DJ Hero looks very similar to Guitar Hero, the main difference being that there are only three buttons instead of five, to compensate this there are two "equalizers" on the side of the turntable. This new feature brings the possible amount of buttons and positions to the standard five, however it also seems to matter in what directions the player "scratches" the disc. Check out the images and video to see the game that will most likely be one of the hottest selling music game in stores... Read More →

There have been several updates on the Kojima teaser site since we mentioned the countdown on our site. Until this point the website has started to rain with lightning and thunder striking every few seconds. Each time lightning strikes a letter is revealed, so far the letters don't seem to spell anything out. The other major thing revealed however is Naked Snake confirming a new Metal Gear game. Naked Snake seems to be older than he was in Metal Gear Solid 3 and Portable Ops which points to a sequel to these earlier games. Many have suggested the game will take place in Vietnam according to the patch on beret... Read More →