Hello lvlone users! My name is Melissa and I was offered the opportunity to be a guest writer for this website due to a few factors, a major one being that I'm a girl. Yes the fact that I'm a girl and play games might seem shocking to some, but you'd be surprised as to how many of us are taking part in the once guy-dominated world of games. I'll be using my unique point of view to write about a variety of topics on video games with a particular focus on how they affect relationships, so pay attention and you just might learn something that can help you with the opposite sex 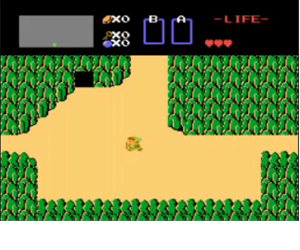 Video games are much like books and movies—the very beginning has a big impact on the audience. The opening scene sets the feel and pacing of the quest, and is that split second after the intro movie (if there is one) is done when players are first given control of their character. They have that one moment to locate themselves on screen and take in their surroundings. They take a breath, and then take their first step on the adventure ahead of them. They don't know what to expect, what kind of baddies and bosses await, but they're eager and ready. Although there are many video games that have a forgettable or perhaps generic beginning, some titles stand out from the crowd. These games have unique and distinguished opening scenes, so much so that the initial frame has been embedded into gamers heads and have become instantly recognizable. Here are some of the most memorable opening scenes in gaming 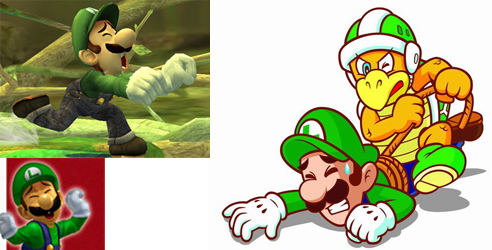 Mario is one of the biggest characters in gaming history, this can not be disputed by any fanboy or hater. Mario is a short, fat hero who has saved the princess and the mushroom kingdom countless times. His courage is great and his strength seemingly unlimited, he's conquered hordes of koopa troopers and goombas. Traveled to ice mountains and Bowser's fire filled castle. Yes Mario is an icon in gaming history but what about his brother? Let us take a look at who is the brother of this legend and what has his role been in the video game world

So your planning a little get together or maybe a big party? Having video games available to your guests has become extremely common today, in recent years the "Party" genre of video games has grown exponentially. Knowing what games to get are important, they have to be easy to pick up and play, yet challenging enough to get everyone interested and competing against one another. Here are a few games that will add a whole new level of excitement to your party.

It seems as though Microsoft's gaming system always has several games that are on the horizon of being released, however if you've already beaten Resident Evil 5, and Halo Wars then you might be thinking what next? Well there are plenty of games on the release calender, and here are just a few I picked out that I think are going to stand above the other titles

If your like me you like the Wii and think it has the ability to be one of the greatest consoles in gaming history. If your also like me then you think that Nintendo has barely tapped into Wii's potential. Now here we are, ignoring the console we once looked toward so eagerly. Our consoles have been collecting dust, having barely played any games since Smash Brothers or Wii Fit. Some have been considering selling their machine. Well you might want to reconsider that, because Nintendo hasn’t forgotten about the core gamers and there are several games in the big N’s lineup that might very well put the wii-mote back into your hands